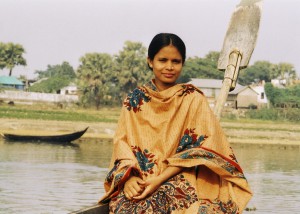 The happiest people on earth are said to live in Bangladesh. Follow filmmaker Shaheen Dill-Riaz as he tries to find out: how happy are people over there? The Happiest People is a powerful visual journey that shows how director Dill-Riaz reconnects with four old friends in the chaotic metropolis of Dakha. Watch as he follows his friends in their search for happiness – each in his very own way.

According to a survey by the London School of Economics, the happiest people in the world live in Bangladesh. Germany, on the other hand, ranked only 42nd out of the 54 countries surveyed. Impressive, given it is raining a lot in Bangladesh.

When German writer Sybille Berg heard about this survey, she traveled to Bangladesh in search of happiness. She describes her findings in an open letter to the professor of the British survey in Zeit Magazine. Her unflattering conclusion: Life in Bangladesh is a living hell.

The Happiest People: The film is all about the search, so do not expect any answers!

With this in mind, young filmmaker Shaheen Dill-Riaz traveled from Germany to his hometown of Dhaka – capital of the alleged paradise. 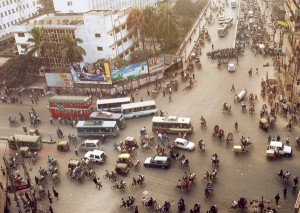 Dill-Riaz has directed other films in his native homeland of Bangladesh, such as the critically acclaimed Ironeaters or his latest film, The Projectionist. But in many ways, The Happiest People is one of filmmaker Shaheen Dill-Riaz’ most personal works. It takes him back to his roots and ultimately to his old friends, who have all sketched out different paths to their future.

After completing his film studies abroad, Hassan is trying to break into the Bengali film industry. Kutti has forsaken her job as a maid for a position in a textile factory. The successful businesswoman Milli commutes back and forth between Dhaka and London. Russel is still going to school, drives a rickshaw, and dreams of an acting career. The Happiest People invites us to discover their strategies for survival and gently shows that happiness is what you make of it.